As a clergy wife Grace has spent a lifetime on best behaviour. Now, following the death of her husband Bardolph, she is enjoying the new-found freedom of being able to do and say exactly as she pleases. But the return of her eccentric missionary sister, Ruth, together with some disturbing revelations forces Grace to confront the truth of her marriage. Set in a classic English vicarage garden complete with a grass-banked stream and willow, the play is filled with sharp-edged comedy and probing wit. 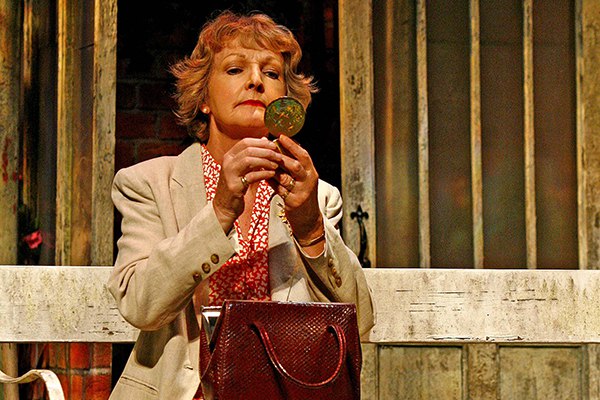 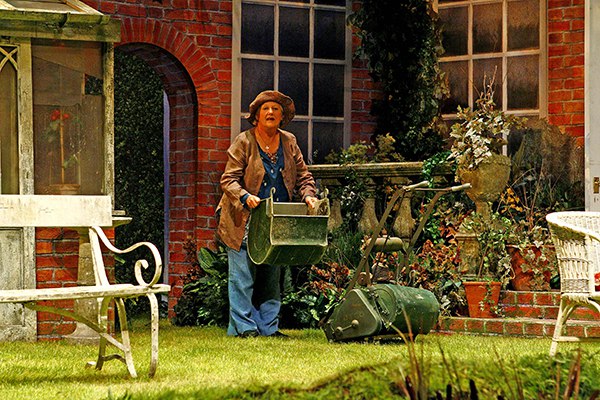 Polly Adams as Ruth with a lawn mower. 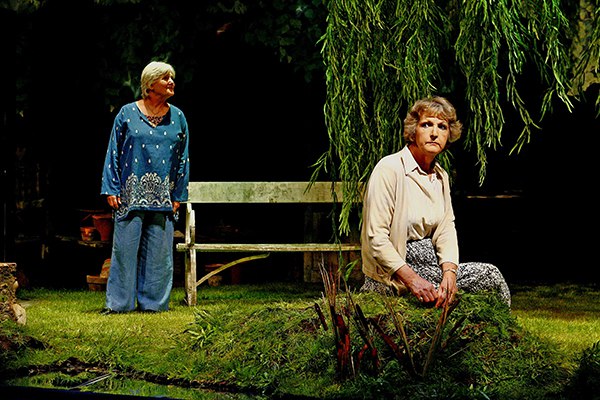 Polly Adams & Penelope Keith as Ruth and Grace by the stream.

The stage play “Entertaining Angels” began life by opening the main season at The Chichester Festival Theatre and playing to a record-breaking 26,000 people in just over 3 weeks.

The original production starred Penelope Keith, Benjamin Whitrow, Polly Adams, Caroline Harker and Abigail Thaw. It was produced by Michael Codron and directed by Alan Strachan, with a magical set designed by Paul Farnsworth which had real grass and flowers, and an actual stream flowing across the apron stage!

Following the sell-out UK national tour playing to over 100,000 people, this much-acclaimed play has been published and performed all over the world including Switzerland, Israel, South Africa and New Zealand, and has enjoyed great success with amateur companies with over 100 productions…and counting! 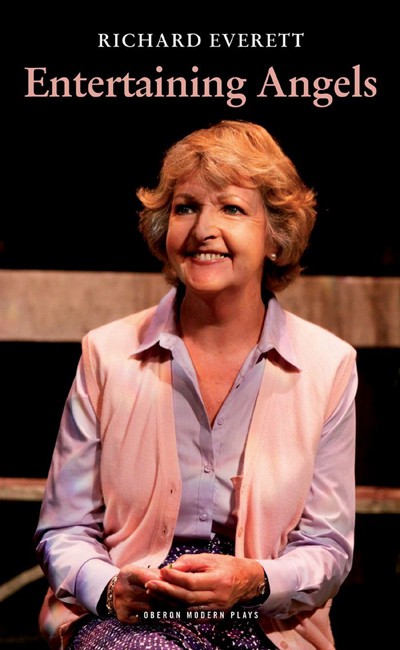 See if it's playing near you
or buy the published text!