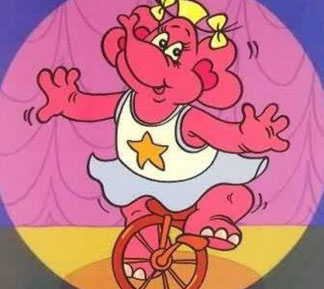 “This was my first commission in animation and an exciting departure into a new discipline where I learned a huge amount very quickly, in particular that simplicity is the key. Based on a concept from director Terry Ward, which in turn was based on the original song, it chronicles the adventures of Nellie the circus elephant as she takes trains, planes, ships, rockets and even a UFO to try and get back to her family in the jungle – because the head of the herd is calling!” RE