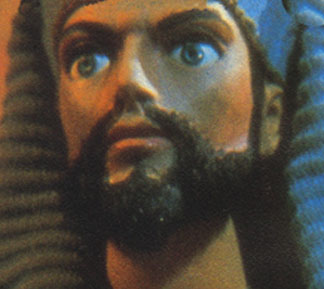 “This was a fascinating project and huge challenge to compress the sweeping narrative of the Joseph story into half an hour. It was beautifully made by Christmas Films, an animation studio in Moscow which I visited. Using hand made and incredibly complex puppet figures, it was filmed in ‘stop frame’ animation – an incredibly painstaking process shooting just a few seconds a day and taking 8 months to create a 30 minute feature. It was regularly screened by the BBC as part of a series called ‘Testament’ and was nominated for a BAFTA which was immensely pleasing.” -RE